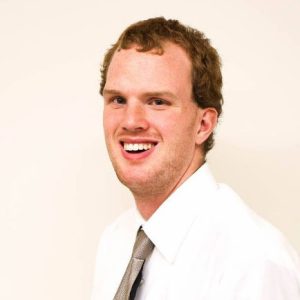 The New Mexico cannabis market is shooting for the moon, with $5.2 million USD (double what Colorado did) in adult-use sales in just the first weekend.  Many of these sales came from Albuquerque, Santa Fe, Las Cruces, Hobbs and Sunland Park.

Many out-of-state residents have been applying to open a cannabis store in the state, as the New Mexico Cannabis Regulation and Licensing Department has said that they won’t be turning any of these applicants away.

As of April 1st, 2022, 151 retail licenses covering 250 locations have been issued, and with a relatively straight-forward application process compared to other states. Needless to say there are plenty of opportunities in New Mexico.

Recreational marijuana sales reached $3.5 million in its first legal weekend in New Mexico, which was over $1.8 million more then what was sold in medical marijuana in that same time.  Under the current legalization, anyone 21 or older can purchase 2 ounces of marijuana or a similar amount in liquid or edible products.

The New Mexico Cannabis Control Division announced that Albuquerque leads the state in sales with $1,382,745 in recreational sales and $633,504 in medical sales.  The next closest city was Santa Fe, with respective numbers of $316,105 & $160,199.  Other notable cities all bordered Texas, where cannabis is still illegal.  So clearly, starting a cannabis business in Albuquerque and the New Mexico cannabis market has great potential. However, there are a few considerations to keep in mind.

What are the challenges when applying for a New Mexico retail license?

Although the application process is the same whether you are a resident of the state or not, according to ICANNA Dispensary in Las Cruces, the more financial interest holders you have applying on the same license application, the more difficult it’ll be, due to the many background checks that could delay the process..

Another challenge when applying for a New Mexico cannabis retail license is finding the right store location.  This is difficult due to the necessary requirements, such as being a minimum 1,000 feet  from schools, daycares, single-family residential zones, and other cannabis shops.. New Mexico does require that applicants secure estate a property before the final approval of a licensure.

Looking to get your New Mexico cannabis license?
The experts at CLE can help get your business licensed faster!
1-800-651-6280

What is the cost of each type of New Mexico Cannabis License?

*Fees for each license are cut in half for medical-only licensees.  To learn more about the permits and fees associated with each license, click here to visit the Cannabis Control Division site.

How we can help

At Cannabis License Experts, we provide you with the guidance to plan your cannabis business, acquire funding, navigate the legal requirements, and acquire the appropriate cannabis license for your operations. As the American cannabis industry develops, more and more licensed producers will be needed to meet the demands of consumers.

Our Edibles Compliance division can provide you with a solid plan for your edibles business, to help get your products on store shelves.

Contact us today to discover how we can license and legalize your cannabis business to meet federal or state regulations.